Dressed for where you’re going

I have this internal practice of imagining the talks I would give if I was a conference speaker. It’s something I’ve been doing compulsively since my teenage years. I’ll just be going along my merry mental way when I suddenly wake to the realization that I’ve been giving a conference talk for the past 10 mind-minutes. It’s kind of bizarre except for the fact that I’m used to it by now and I’m sure everyone does things like this. Things like imagine the jokes you’d…<read more>  ~Bek 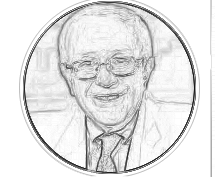 So, I’ve seen posts and opinion pieces others have written on all things political.  Now, it’s my turn.  I have simple, straight forward reasons why I think Senator Bernie Sanders should be President of the United States.  Some of them are listed below.

Bernie Sanders has a vision and the ability to communicate plainly to the American people. Bernie says what needs to be said.  He’s the only person I’ve see thus far that tells you plainly what’s going on.  Warren, Harris, Gabbard and all the others actually have viable ideas and

What ever happened to “Calling Dibs”?

There is a lost art form in American Society: Calling Dibs. It used to be that when someone was going to eat the last of something in the fridge or cabinet –they would “call dibs” on it.  I.E. “I got dibs on the Tea”, or “I got dibs on the chips” or a straight up […]