Simply put, I like Red Delicious Apples because they make me feel good.  I usually eat apples on and off throughout the year.  But, in particular around this time of year …and spring time I usually like to eat them because they help open my clogged nasal passages and sniffles.

I’ve often felt that there were a lot of health benefits to eating apples and believed that there was some truth to the axiom “An apple a day keeps the doctors away”.  So, I stopped being lazy and decided to actually do a little research. 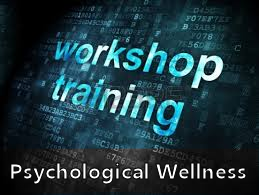 Dr. Gloria Edmunds is a motivational speaker, personal development coach, consultant and author who concentrate on the promotion and development of accepting responsibility for oneself from childhood throughout adulthood.

You are your own best friend [Repost]

Other than God, there is no one who knows you like yourself.  You know your strengths, your weaknesses and everything in between.  When you are down, you know how to pick you up.  You know how to make you smile.  During these times of job losses and economic difficulties, many people go through situations they […]

Is Social Media in Your Business DNA?

…for some odd reason, I thought the menu said something about a fish sandwich instead of sushi, but it was still good.  And that green stuff, lol… (for some reason) I thought was “guacamole”…  My bad. -_- Surprise! that “wasabi” was so hot, it made my head itch… inside! lol. …I need to pay closer […]

This is going to be a new feature on the site.  Posts, which list items for sale!  From time to time I (or somebody I know) will have something for sale…at usually a very low price.  Click on the category “Virtual Yard Sale!” to view posts.

About this space – Get Noticed!

…You’ll probably end up saving money because our prices are affordable.  And, because our audience is organic and our approach is fresh, your content will be exposed to our new visitors.  We have a community calendar…